Gevrey-Chambertin is a rather vast village appellation of the Côte de Nuits. The exception is the rule as we find village-level vineyards in the plains. This is the case with the parcel that we farm for this cuvée.

Our Gevrey-Chambertin has gained in finesse and complexity with each vintage, which is significant considering that the parcel was replanted with clonal selections (114-115) in 1985 after a frost.

This appellation is known for wines that are direct, with a firmness, and a more restrained aromatic palette. This Gevrey-Chambertin, although originating from lower lands, is decidedly not austere. 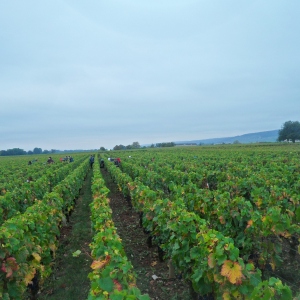 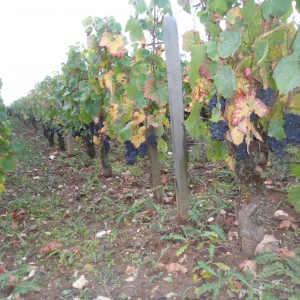 This parcel is oriented north-south.

A light downslope exists between the north and south ends of the parcel. The upper part drains well, while the soil in the lower part of the parcel varies tends to accumulate more water.This fairly rich and deep soil is sensitive to the phenomenon of battance: the degradation of soil porosity structure due to rain. Mechanical work must be carried out carefully in order to avoid amplifying this problem. The de-mechanization of some vineyard activities, such as trimming by hand, ensures that we better respect these fragile soils so sensitive to compacting.