Home » Actualités » A month with a crazy rythm 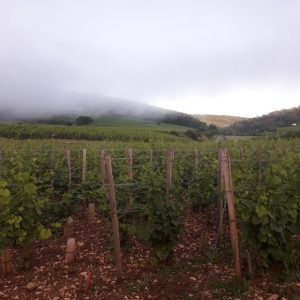 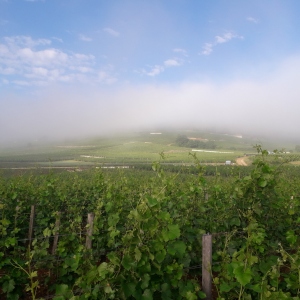 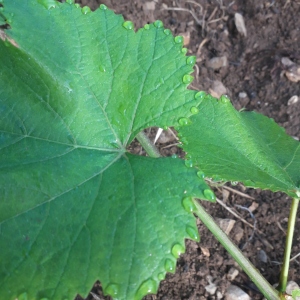 This month of June can be described as crazy, insane with, in a very short time, very marked changes in stages.

At the end of May and beginning of June, the sun and heat arrived and stimulated the growth.

The accumulation of water in May and the rising temperatures stimulated rapid growth and the disbudding work (very different from other years) was completed.

The vineyards began to green up with the appearance of several new leaves in less than a week.

As we approach mid-June, the growth continues its impressive progression.

The branches are growing almost visibly and several leaves are being added.

In the early parcels, the very first flowers are observed.

The work accelerates between the first lifting and superficial ploughing to limit the growth of grass on the ground.

In mid-June, high temperatures appeared, which amplified the development of the vegetation and the progression of flowering.

Rarely has so much vegetative growth been observed in such a short time (in 2 weeks from less than 10 leaves to mid-flowering).

The flowering passes quickly with the help of the high temperatures of the moment. 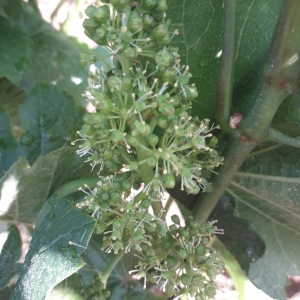 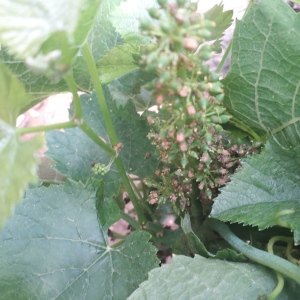 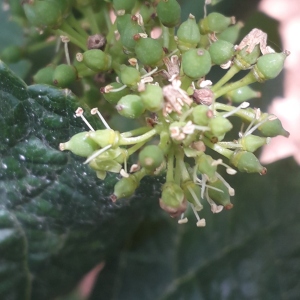 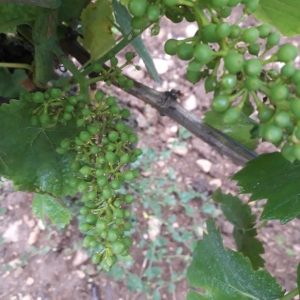 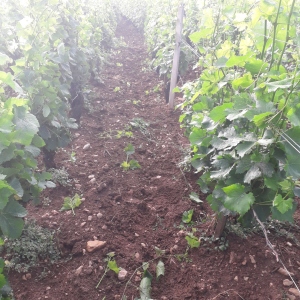 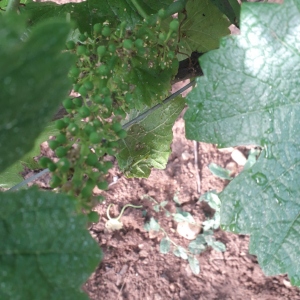 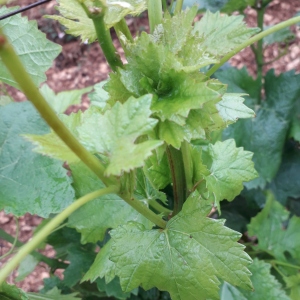 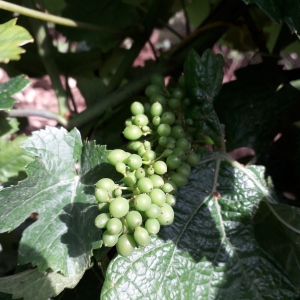 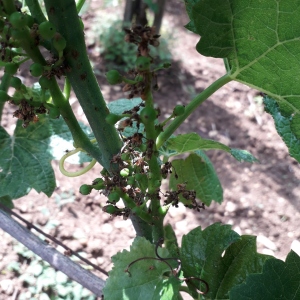 Second half of June, the rhythm is intensive.

Everything was growing and taking on a lot of volume!!… In some parcels, we observed a deformation of the branches which divided to end up in a panache (court-noué).

This exceptional growth, combined with a not very severe disbudding, complicates green harvesting. Following the rhythm of the vegetation is a race against time.

This voluminous vegetation is unfortunately favorable to the potential arrival of diseases… to be controlled.

The flowers give way to little berries.

But in certain plots, the “explosive” development of the vegetation causes the berries to fall off and the grapes turn into “tobacco”, eventually disappearing.

In the parcels where the climatic accidents were limited, the berries continued to grow rapidly.

As we approach the end of June, the weather is again rainy. We have to be careful about diseases, which for the moment are of medium risk. 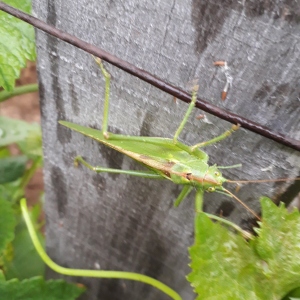 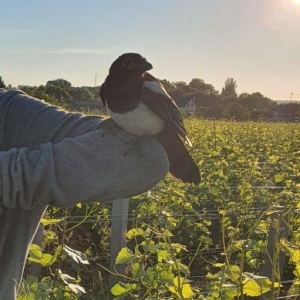 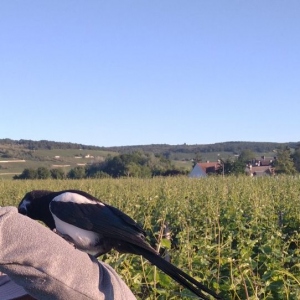